An innovative Electronics Interconnection Technology (TIE) Design competition was won by excellent students. Bogdan Raducanu was the top scoring student winner from the Polytechnic University of Bucharest. Others were not far behind The TIE event on 9th and 10th April comprised two days of Workshops and a one day hands-on real-time competition for undergraduates in electronics. The Workshops were discussion events with lectures by professionals intended to give students insight into the practicalities of the outside world. Two lectures from the Distinguished Lecturer Programme were given by Nihal Sinnadurai on the first day, one technical and the other on the benefits and opportunities from IEEE-CPMT membership. Some 70 people attended the workshops.

The excellent student competition followed the Workshop. Each undergraduate student competitor had to carry out a circuit design and layout project under time pressure. The design requirements were defined to the student competitors just before the competition began. Each student was provided with a computer with a suite of design software and a high definition colour screen. The students were required to develop a parts library, create component footprints, create a schematic and complete a layout. The adjudication was by small teams of experienced CAD designers plus anyone else who wishes to intervene, i.e. a fully transparent process. The event was very impressive and encouraged students in the electronics technologies relevant to CPMT. 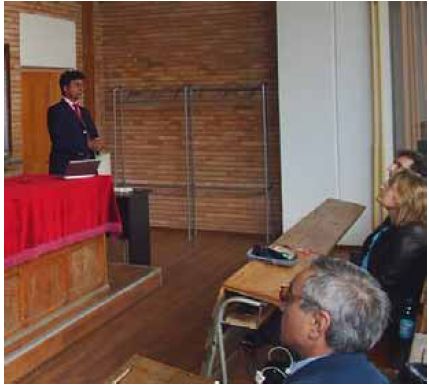 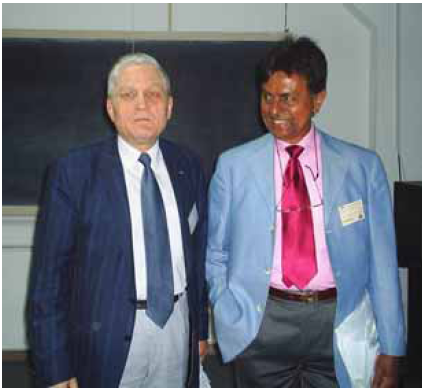 The competition under way 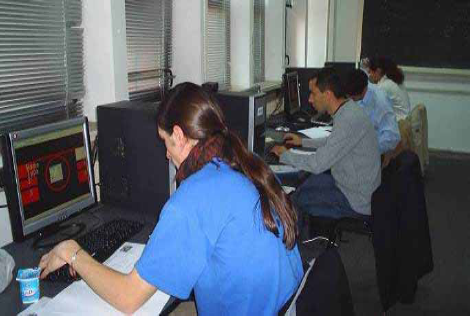 Some 39 students (both female and male) participated in the competition and I watched the impressive skills they displayed. The prizes to the top three were financial scholarships to support their ongoing education. All the funds received were from sponsors. Since then CPMT Society is also awarding a free one year CPMT Student membership to the winner.

The student winners: Third from left is Bogdan Raducanu who achieved the highest score. On the right is Prof. Paul Svasta who conceived the TIE competition and chairs the organizing team. 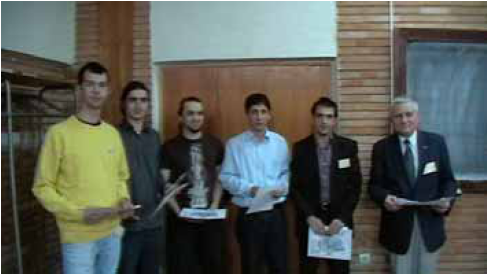